We do not want to limit our understanding of such semi-periphery functions by narrowly focusing on their functional aspect, either for the centre or the peripheries. Our interest in the global semi-peripheral science systems and organisational modes of scientific enterprise stems from the recognition of the creative potential of the alternative modes of modernising (alter-modernisation) science and modernising through science. As both modes were historically present in the global semi-peripheries, we want to explore how their potential may be revitalised and recovered.

Therefore, in our seminars we will be grappling with the issues of alternative approaches to modernisation through science, measuring science, and experiencing science present at the peripheries. We will focus on the positive and tangible aspects of the materiality of semi-peripheral scientific enterprise, whether institutionalised or lived through the different epistemological projects. We will encourage the participants and our guest speakers to go beyond the simple neither/nor false alternative and explore the alter-modern character of the forgotten semi-peripheral science.

We are returning with the seminar in September 2021! Stay tuned and subscribe to our newsletter: https://sc.amu.edu.pl/newsletter/

SCRG will host the fifth seminar in the series „Science and (semi)peripheries”. Our guest speaker will be Mikhail Sokolov who will provide a talk entitled: „Paying inattention: The art of ignoring others’ work among Russian social scientists”. Zehra Taşkın will be a copresenter.

You can access and read Mikhail’s paper on the topic here.

Why do scholars pay attention to some works, and recognize the influence of their authors, but not others? Robert Merton famously suggested that scholars search for information instrumental in producing their knowledge claims and reward authors for making important contributions. Opposing him, the critical sociologists of scientific knowledge explained recognition (e.g. in the form of citing) as rhetorical practices that strengthen one’s credibility. Both models fail to explain why academics sometimes ignore apparently relevant sources or how groups of scholars turn into bubbles, censoring information about findings made outside of them. According to the theoretical model suggested in this paper, what governs information search is not first-order relevance (what individual academics consider relevant), but second-order awareness (what they know their audiences are aware of). In this model, the search for information is mostly governed by the necessity to make successful claims of novelty – to present findings that are new to one’s audience. Individuals easily disregard findings their audiences are unaware of. Institutionally organized audiences thus serve as enforcers of information search, and their members may tacitly collaborate in maintaining unawareness of intellectual developments outside of their common attention space In the empirical part of the paper, we use the example of post-Soviet sociology to test the predictions following from this model: (1) that scarcity of enforcement results in an overall shrinking of individuals’ attention spaces, and in their attaining idiosyncratic configurations; (2) that when borders of audiences cross-cut legitimate classifications, attention spaces are shaped by the former, rather than the latter; (3) that as a reaction to such cross-cutting, new classifications are introduced, legitimizing existing in 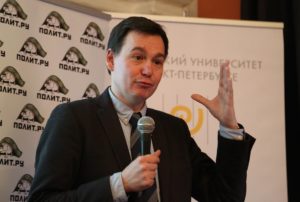 Mikhail Sokolov  is professor of sociology at European university at St.Petersburg, Russia. He received his PhD in 2003 from St.Petersburg State University for a dissertation on the Russian extreme Right movement. Since than, he published extensively on subjects related to sociology and history of social sciences, sociology of culture, social stratification in post-soviet societies, and microsociological theory by Erving Goffman.

Dr. Zehra Taşkın is a visiting professor of the Scholarly Communication Research Group. She is awarded by the ULAM Program conducted by NAWA Poland to carry out the project entitled Creating content based citation analysis system for English and Polish. Her main research interests are research/er performance evaluations, bibliometrics, data visualization, scholarly communication and social network analyses. Taşkın’s works have been published in prestigious journals in information science such as Scientometrics, Online Information Review and Library Hi-Tech. 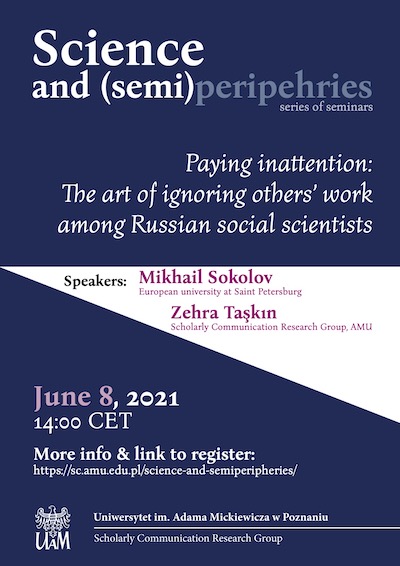 25 May 2021. Poland as an academic periphery? Insights from a qualitative study of foreign-born faculty. Speakers: Kamil Luczaj and Stanisław Krawczyk

Fourth seminar: Poland as an academic periphery? Insights from a qualitative study of foreign-born faculty

SCRG will host the fourth seminar in the series „Science and (semi)peripheries”. Our guest speaker will be Kamil Luczaj who will provide a talk entitled: „Poland as an academic periphery? Insights from a qualitative study of foreign-born faculty”. Stanisław Krawczyk will be a copresenter.

You can access and read Kamil’s recent papers on the topic here.

“Academic periphery” can be conceptualized using various theoretical strategies and refined with many kinds of empirical data. This paper builds on a dataset of 100 qualitative in-depth interviews conducted in 2018 and 2019 with foreign-born scholars employed in Poland. The peripheral position of Polish higher education institutions was one of the recurrent themes. This presentation discusses six indicators of peripheral status, referred to as ‘status periphery,’ ‘career periphery,’ ‘workplace periphery,’ ‘mental periphery,’ ‘language periphery,’ and ‘relational periphery.’  In this context, it is tempting to address a question: “Why (at all) do some scholars choose Poland?” To that end, I discuss the “dart-throw” recruitment process, a phenomenon typical for peripheries, and indicate some of the unobvious reasons, which triggered international scholars to Eastern Europe. 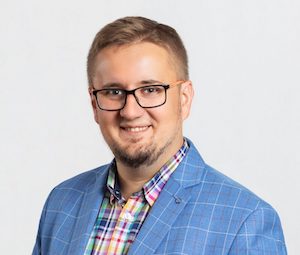 Kamil Łuczaj is an Assistant Professor at the University of Information Technology and Management in Rzeszow, Poland and a Visiting Academic at the Faculty of Education, University of Cambridge, UK. His research focuses on migration studies and the sociology of culture. He is a member of the Committee for Migration Studies, Polish Academy of Sciences. 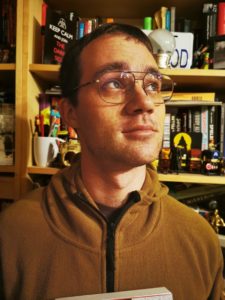 Stanisław Krawczyk is a sociologist interested in the study of various cultural objects, from video games, to popular prose, to academic works. His PhD, which concerns the field of science fiction and fantasy literature in Poland, employs sociological discourse analysis as well as qualitative content analysis. He joined the Scholarly Communication Research Group in December 2020 to work in the Evaluation Game project, where his main task is to analyze a series of interviews with Polish scholars. 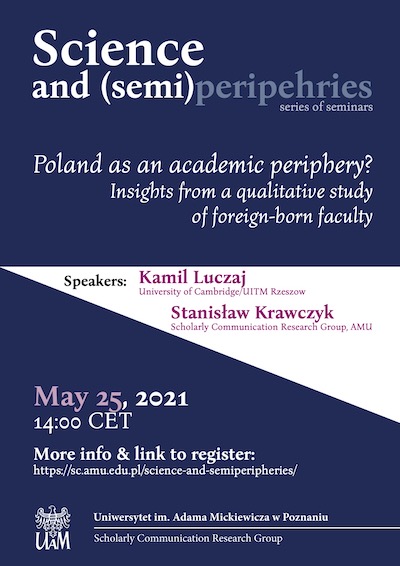 11 May 2021. Centres and peripheries in the production of social science knowledge. Speakers: Leandro Rodriguez Medina and Emanuel Kulczycki

Third seminar: Centres and peripheries in the production of social science knowledge

SCRG will host the third seminar in the series „Science and (semi)peripheries”. Our guest speaker will be Leandro Rodriguez Medina who will provide a talk entitled: „Centres and peripheries in the production of social science knowledge”. Emanuel Kulczycki will be a copresenter.

The idea of centres and peripheries in the production of social science knowledge is not new, but it needs constant updating. This is because centres and peripheries are not static categories, but the product of stabilised asymmetric global relations. Inequalities of infrastructure, languages, prestige and economic resources are constitutive of relations between institutions, countries and regions. In turn, these asymmetries permeate structures of academic evaluation, flows of knowledge circulation, and relations between academics at all levels. This talk will present a global scenario in social science production and then delve into its implications for contemporary scholarship, with a focus on Latin America and other peripheral areas. 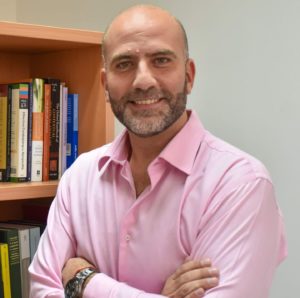 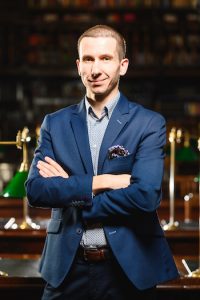 Emanuel Kulczycki is the head of the Scholarly Communication Research
Group (Adam Mickiewicz University, Poznań). With a background in philosophy and communication, his research focuses on two key areas: scholarly communication and the impact of research evaluation systems, and the philosophy of communication and communication metatheory. He has published widely in both fields, authoring two monographs, three edited collections, and over fifty articles in refereed journals including Nature, Research Evaluation, Scientometrics, and Journal of Informetrics. 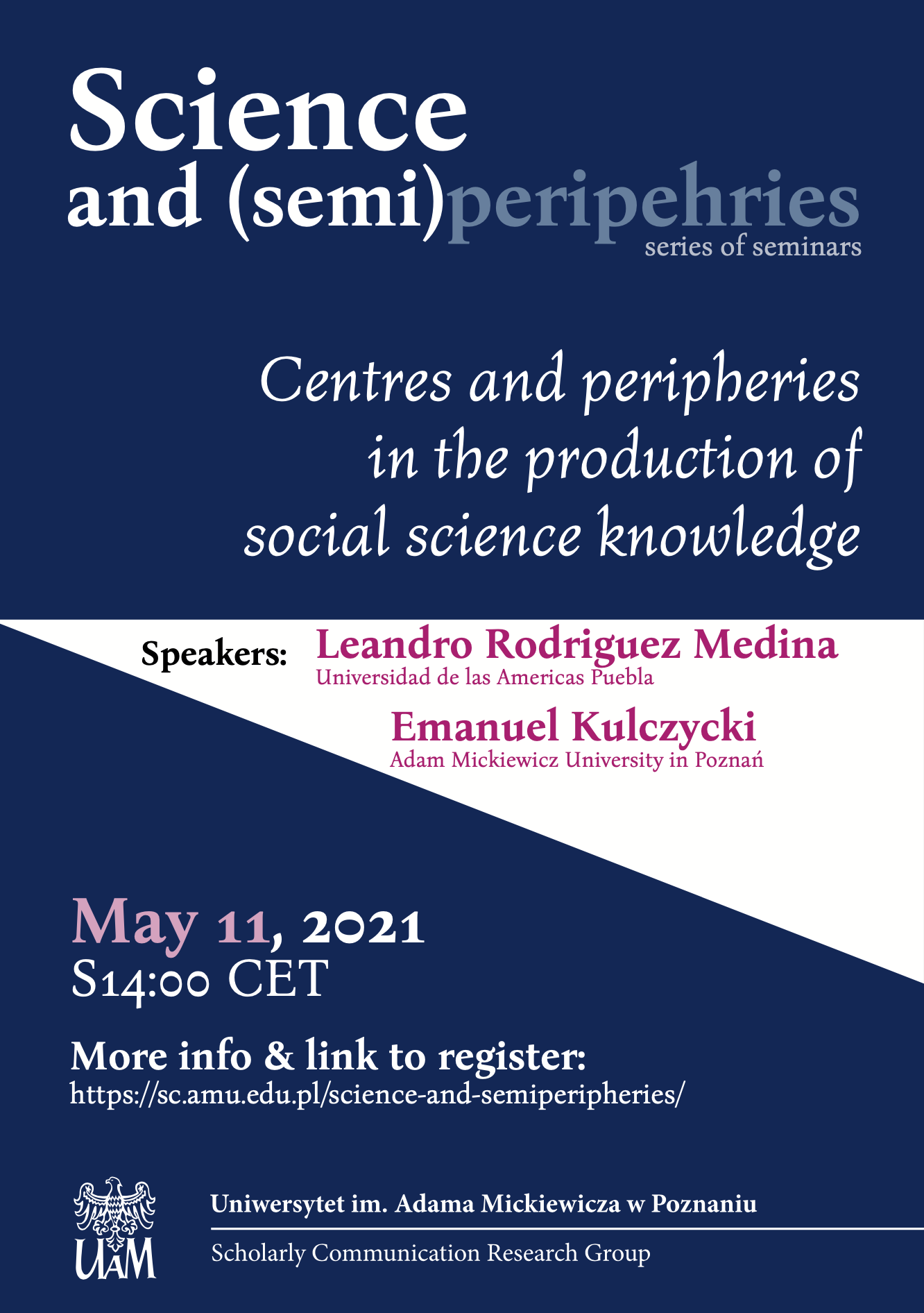 Second seminar: Hegemony and inequality in global science: Problems of the centre-periphery model

SCRG will host the second seminar in the series „Science and (semi)peripheries”. Our guest speakers will be Simon Marginson and Xin Xu, they will present a paper entitled: „Hegemony and inequality in global science: Problems of the centre-periphery model”. The discussant to a paper will be Krystian Szadkowski.

The autonomous global system of science, grounded in collegial networks of scientists, English-language publishing and cross-border authorship, is expanding at a rapid rate and has fostered the growth of national science infrastructure in a growing number of countries. The global geo-politics of science is changing: the United States remains the leading country but there are several strong systems outside Euro-America and China excels in total volume of papers and in some STEM disciplines. Paradoxically, however, this pluralisation plays out within a continuing Euro-American (and predominantly Anglo-American) science world regulated by an inside/outside binary. Global science remains unequalising and homogenising, primarily Anglo-American in its language, leading institutions, disciplinary and publishing regimes, agendas and topics. Other languages and insights are shut out, including endogenous (indigenous) knowledges. Scholarship on science has yet to effectively address these issues. Quantitative studies in scientometrics are under theorised. The dominant conceptual framework for explaining global science is world-systems theory and its centre-periphery model of national systems. However, this framework has passed its use-by date.

In this webinar, the speakers will critically review the centre-periphery model and its applications in science studies. The model is locked within the Eurocentrism it opposes and is unduly determinist. It cannot grasp the dynamics of the specifically global aspect of science; and radically under-estimates the potential for agency outside the ‘centre’ countries, as shown by the capacity of states on the ‘semi-periphery’ and ‘periphery’ to lift science and the scope for ‘peripheral’ scientists to operate autonomously. Advocates of world systems theory in science are forced into recurring modifications, or looser core concepts, signs of an obsolete paradigm. The presenters will argue for a critical focus on global hegemony, instead of the critique of the world as a centre-periphery formation, encompassing cultural factors as well as political economy, and for an ‘ecology of knowledges’ approach to science and knowledge systems. 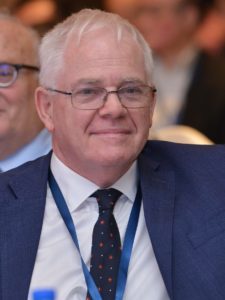 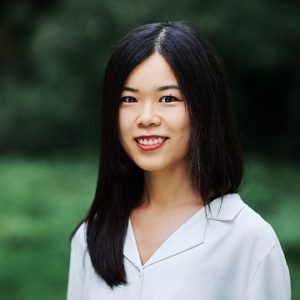 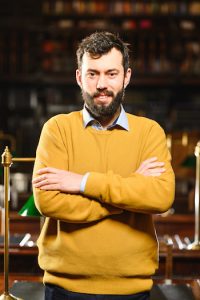 Krystian Szadkowski is a researcher at SCRG AMU. His interests cover Marxist political economy and the issues of the public and the common in higher education. 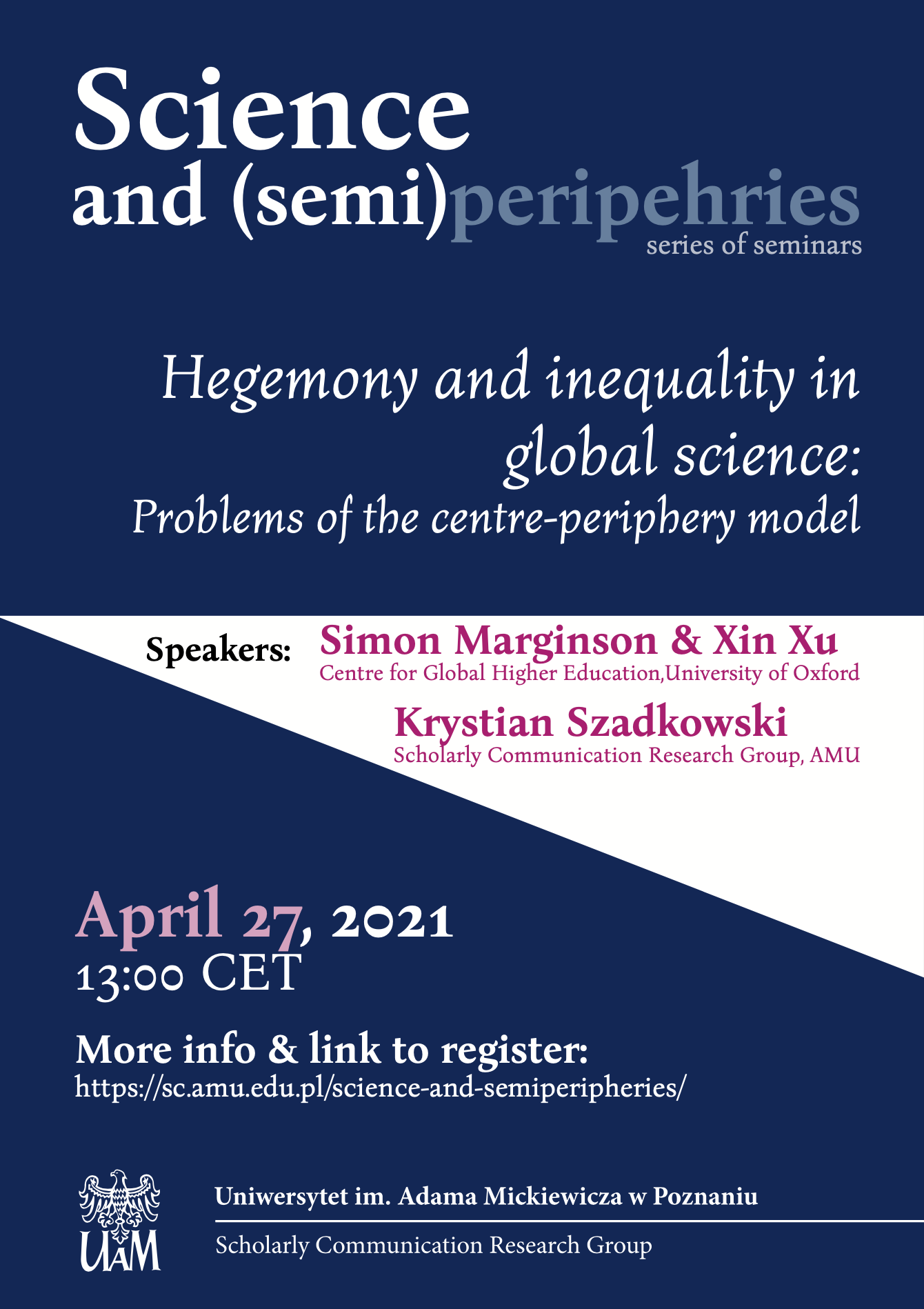 This seminar will take place as the first of the series “Science and (semi)peripheries”. Our guests will be Adam Płoszaj and Andrzej W. Nowak and our starting point will be the book The geography of scientific collaboration, which is co-authored by Adam Płoszaj. We will focus on the most important patterns in modern research collaboration and the ways they shape the knowledge production in the (semi)peripheries.

As a summary of our seminar, both our guests agreed to share their presentation on the topic:

We encourage all participants to read the book The geography of scientific collaboration (A. Olechnicka, A. Płoszaj, D. Celińska-Janowicz, 2018, Routledge)and join the discussion during the seminar. 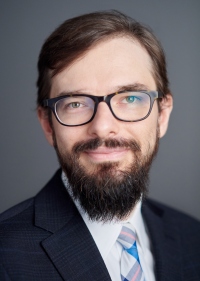 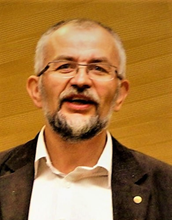 Andrzej W.Nowak is a professor in the Philosophy Department of Adam Mickiewicz University, Poznań, Poland. His current research focus is on (social) ontology and social studies of science and technology. He is a propagator of Immanuel Wallerstein’s theory of the modern world-system and is particularly interested in the study of semi-peripherality. He published books Ontological imagination. Philosophical (re)construction of phronetic social science (2016, in Polish), Agency, system, modernity (2011, in Polish) and is the co-author of Whose fear? Whose science? Structures of knowledge and socio-scientific controversies (2016, in Polish). He also writes articles for the LeftEast (http://www.criticatac.ro). 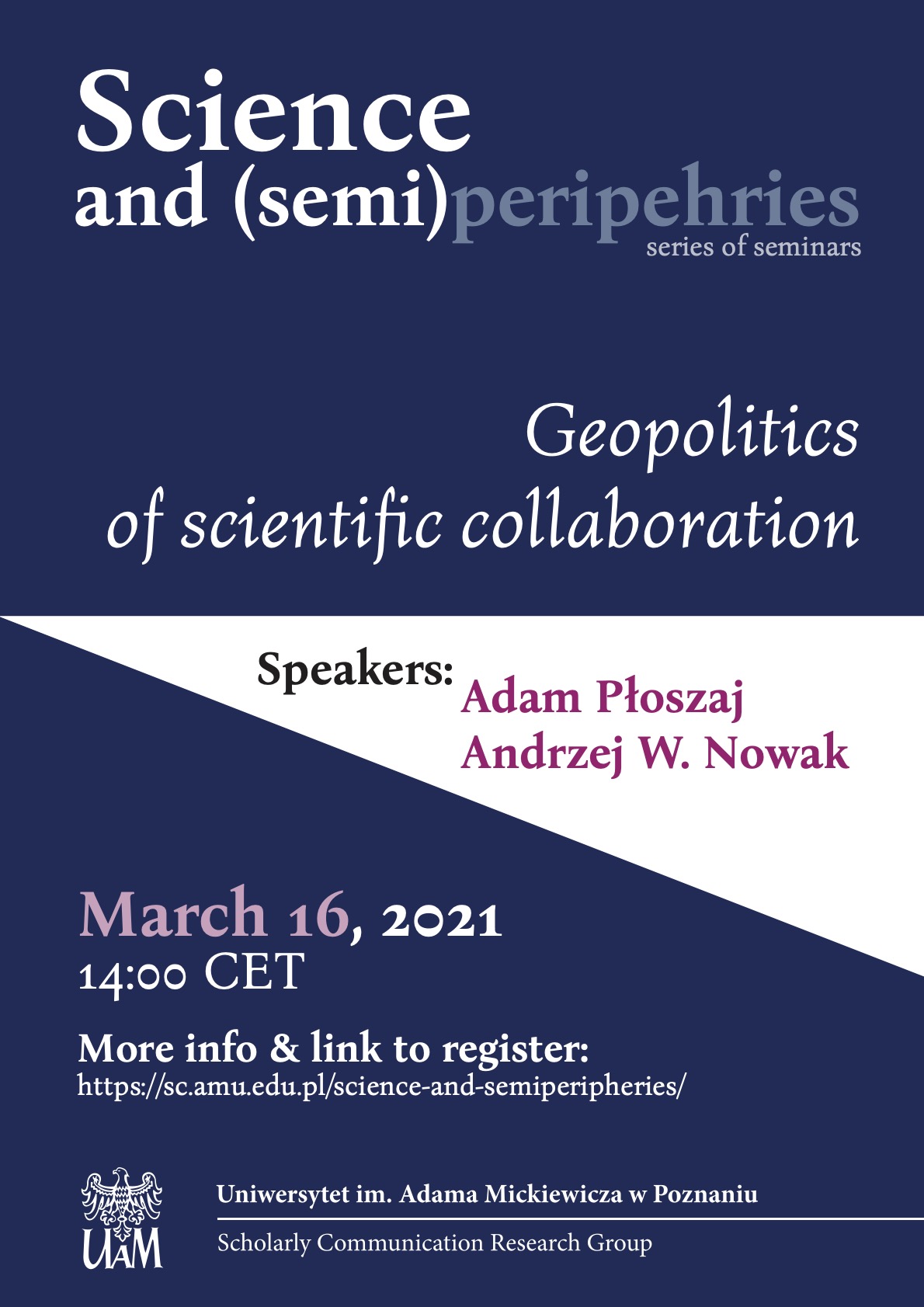